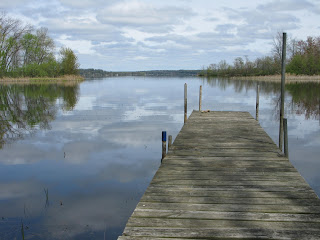 Are you an educator in need of lesson plans related to one of our most vital natural resources—water—or, perhaps, just a citizen who would like to explore the subject in more depth? If your home is Minnesota, you should plan to visit one of the six host sites of the Smithsonian’s Water/Ways exhibit touring the state in partnership with the Minnesota Humanities Center. We encourage all Minnesotans, including educators and their students, to explore this national look at water as well as the local, companion exhibits created by each host site – We Are Water MN. For a list of dates and host sites visit mnhum.org/waterways.

If, however, you can’t make the trip to visit one of the exhibit host sites, you will be happy to know that the Humanities Center, in conjunction with its statewide Water/Ways partners, has created several free resources. These free resources not only provide additional background information, but also include lesson planning suggestions and teaching guides, which are designed specifically for upper elementary through middle school ages and relate to these unique water-focused exhibits and planned activities. There are four resources available on the Humanities Center’s website, as well as links to materials created by some of our partners: 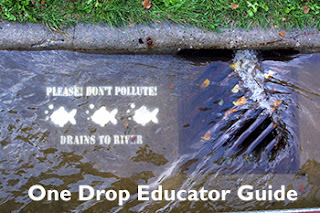 One Drop:  This is designed to help participants/students learn about pollution through scientific method and better understand water as a finite resource. 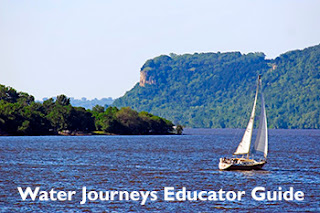 Water Journeys:  This resource will help participants/students learn more about relationships with water through a Dakota creation story as well as their own personal stories. 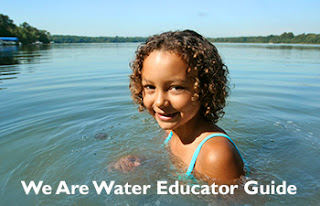 We Are Water:  Participants/students will learn about point of view and about absent narratives – those water-related stories that have been left out of the usual, mainstream narratives. 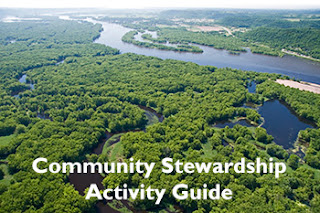 Community Stewardship Activity:  This resource, aimed squarely at educators and their students, shows them how to put their learning into action by hosting a water fair.

For additional resources, you can explore our Absent Narratives Resource Collection. Using that search term "water," you will locate other resources related to the We Are Water MN tour—such as downloadable audio recordings of water stories shared by a variety of Minnesotans—and will have chance to explore other water-related documents and videos, including several episodes of tpt’s Minnesota Original series that showcase a specific artist’s perspectives on water.

We hope you enjoy your water journeys – wherever they take you – and let the stories and information brought to light by Water/Ways and its resources continue flowing into and through your life!

Tom Burket is a writer at Haberman, a full-service marketing agency based in Minneapolis that tells the stories of pioneers making a difference in the world. He majored in English and is the classmate you remember from middle school who liked diagramming sentences. Nine of the ten last books he purchased were nonfiction. The tenth was a Star Wars Force Awakens prequel. Twitter: @tomburket. Snapchat: tomburket.

On a national tour in November 2014 to promote his latest book The Peripheral, author William Gibson visited the Twin Cities. He read a brief passage from his book and concluded with a Q&A. The evening passed quickly, yet one of his comments remains fresh in my mind and helps me think about storytelling from a generational perspective. And surprisingly, right now it has everything to do with the likes of Snapchat and Facebook Live.

Gibson is the author of a more than ten books plus dozens of short stories and articles. Responding to a question about his writing career — largely in science fiction — Gibson said his roots as a writer began in his earliest days of childhood because of where and when he grew up. He said, to paraphrase the author, that the place and time mattered because the older generations in his life were skilled at communicating through stories. In fact, he noted that was their default way of communicating. It was tradition still going strong, according to Gibson, in the parts of South Carolina and Virginia where he lived as a boy in the late 1940s and 1950s.

Skilled at communicating through stories. As soon as he said it, Gibson made me recall my own early years. My grandparents and the older adults of their generation seemed to have a story for every occasion. My parents, aunts, and uncles fully participated in the story-swapping that accompanied family get-togethers. Gibson’s remarks struck a familiar chord, but he also went on to say he thought the world had changed, largely due to technology and the pervasiveness of mass media in the latter half of the 20th century. He felt like a lot had changed just in his generation.

What’s happening now? What about the newest generation coming of age today? Two of its teenaged members are my kids, and I see twin forces in their lives that point to a new way of communicating that might in fact be a throwback to the past. As smartphones have grown more powerful and high-speed connectivity has become more available, new frontiers are opening. On this landscape, short-term and live-streaming video is telling the story.

This trend moves well beyond carefully curated, reverse chronological streams of photos and words. It’s all about what’s happening now. If it’s filtered, it’s filtered on the fly. What one person captures and broadcasts blends with what other people are capturing and broadcasting. Often, it’s mapped to specific places.

To me, the new story emerging contains within it the perspectives — literally, the perspectives — of everyone who’s participating. Some events and observations will be remembered. Much will be forgotten. But when the ephemera of the live stream evaporates in the heat of the next big thing, what will remain are the feelings and emotions that will continue to shape our individual and collective narratives – perhaps even for generations to come as it’s retold.

Joan Didion said we tell ourselves stories to live. Members of the newest generation — like many before it — are telling themselves lots of stories right now using the tools of the age. It’s not mass media. The potential is mass awakening.

Alyssa Auten has lived on and in water her entire life - near a pond, a canal, and multiple lakes and rivers. She was even a synchronized swimmer in high school. Alyssa currently serves as Executive Director of the Nicollet County Historical Society (NCHS) and enjoys preserving and promoting history, water-related or not!

I spent the past weekend at my family cabin, celebrating my 31st birthday and commemorating the selling of my childhood home. Family and friends came together to celebrate life as well as the bittersweet end of an era. On Sunday night, as steaks sizzled on the grill, our dear family friend Linda excitedly offered to “run down to the well” to fill the pitcher of water for dinner. She seemed so eager to go to the edge of the lake to the artesian well that’s been running since the cabin was built in 1950. She said there was something special about using the ever-flowing well, even though it’s the same water that comes out of the kitchen faucet.

This and other snippets I’ve heard lately about using water have made me ponder where our water comes from--especially as my involvement in the Smithsonian’s Water/Ways exhibition has recently crossed over the one-year mark. I think we all take water for granted; it’s inevitable when one grows up in a house with running water--and at a cabin with an artesian well. My hope is that, even though the NCHS is a history organization, our involvement in Water/Ways will not only teach the public about the history of water in our area, but will also inspire our guests to think more carefully about how they use water.

During the six weeks NCHS and its 24 partners host Water/Ways there will be over 20 programs available to the public. From ‘water chakra yoga’ classes to tours of the St. Peter Wastewater Treatment Plant, we’re aiming to help the public learn about past and present water stories. Not only are we offering a variety of ways to interact with water, we are trying to act as example in the effort to improve local water quality. Recently, we installed a large rain garden on the north end of our museum. This rain garden will catch water runoff from our large, metal roof, and filter it through native plants before it heads down to the nearby Minnesota River. There are so many ways to better care for water and we hope our historical society can lead the charge. After all, knowing where we come from and how we got here should help us improve our future, and keep our clean, fresh water flowing for generations to come.

Colleen Kelly is an Army Reserve Veteran from Minneapolis who served for 10 years and was deployed in support of “Operation Iraqi Freedom” in 2005 and 2008. Currently Colleen is an attorney who works for Minnesota Assistance Council for Veterans. Colleen provides civil legal assistance to homeless Veterans or Veterans in crisis throughout Minnesota. She has worked to expand legal access for female Veterans, including homeless female Veterans, and focuses on helping these Veterans transition from solider to civilian. Before becoming an attorney, Colleen taught high school chemistry in the South Bronx of New York City and secondary sciences in Guyana, South America.

Prior to receiving the Veterans’ Voices Award in September 2015, I was unfamiliar with the Minnesota Humanities Center and did not fully appreciate the value of the humanities. I am embarrassed to admit it now, but I had a history of teasing my undergraduate friends who were humanities majors. I was a biochemistry major, and I judged as easy their class schedules that included  hours of reading and writing, but lacked the laboratory classes, reports, and exams of my biochemistry major. I argued both science and humanities majors had to read and write, but science majors had to apply that knowledge to practical exercises. The humanities seemed to lack the practical application which I valued in the sciences.

During the award ceremony, I learned that the Humanities Center focuses on what connects us versus what divides us as a community. This idea resonated with me because too often our society focuses on “us versus them” and how one, and only one, perspective represents “true” America. After the ceremony, I sought opportunities to attend events at the Humanities Center and became more engaged with their programming.

I attended events sponsored by the Humanities Center focused on Veteran transition issues and a public speaking training to encourage Veterans to share their stories. I attended a fundraiser for an organization working to end discrimination based on sex, gender, and sexual orientation held in the Humanities Center’s Event Center rental space, and in addition, I now serve on the board of directors of the Women Veterans Initiative, an organization that utilizes office space at the Humanities Center. During each of these events, the facility has been an open and welcoming space for all – men, women, Veterans, civilians, and even science majors – to share their stories and experiences. It is truly a place where communities can develop a broader, deeper, and more complete understanding of one another. I now believe the humanities represent a practical way to connect communities and are valuable in helping us explore and experiment with our human connections, even if they do not include hours upon hours of laboratory exercises.