Lisa Laliberte Belak - What do the humanities mean to you?

Lisa Laliberte Belak is the Board Chair of the Minnesota Humanities Center.

Over time, the meaning of the humanities has changed for me. Originally it was the challenging class I had during my senior year of high school. Then it was about my art publishing career working closely with artists, showing their work and telling their stories. After that, it was an awareness of the MN Humanities Center and an interest in Board service. Now it’s a way to connect, engage and understand the people that I work with and represent, as a city councilmember in Roseville, MN.

In the past 13 years, I have come to believe that the humanities are intrinsic to a strong, representative republic which we strive for in this country. Without the humanities, we cannot truly grasp the ideals of freedom and dignity, the obligations of citizenship, the aspects of a good flourishing life and other elements of a genuinely human experience. The humanities help us address the challenges we face together in the growing complexity of our families, communities, and as a country.

How the humanities help me as an elected official – As a city council member, I am elected to represent the individuals in my community. Connecting with people, building relationships and knowing their stories help me to do that. The humanities help me to continually learn and grow as a public servant, to further inform myself and improve the work that I do. Additionally, the humanities provide me with the ability to deliberate about issues and to reflect, argue, debate and think of my community as a whole. The humanities have laid a foundation for my creative and rigorous critical thought processes. This foundation aids in my problem solving and decision making processes and helps me to consider the city’s interconnectedness with other layers of government and to weigh the needs of some against the limits of responsibility by others.

How the humanities help our citizens – People need to know they are empowered actors in their own lives; that they have the power to affect change by being an engaged, active and informed citizen. Our communities function at their best when citizens are capable of independent, critical, innovative and compassionate thought; understand their responsibility to be part of an informed society; and empathize and respect the ability to participate equally among their neighbors.

The humanities help create citizens who reason together about the choices; think critically about what is presented, and know it’s okay to criticize tradition, question authority and hold leaders accountable. And, while Americans of divergent views can always convene for passionate dialogue and debate, it is the humanities that create a safe, shared space for that respectful and effective civic dialogue and well-reasoned debate to occur.

So…. what do the humanities mean to me? For me, the humanities have evolved from a class subject taught in high school to an indispensable set of tools and guiding principles for how I conduct myself as a citizen and public servant, and for how I live my life and connect with others.

I strongly believe that society should reinforce the ongoing importance of the humanities throughout one’s life. For that reason, I appreciate that the MN Humanities Center is putting a light on civic engagement through the Toward a More Perfect Union program. Locally-shaped and facilitated community dialogues are taking place in 9 different cities throughout the state. These conversations allow Minnesotans of diverse backgrounds and experiences to explore together, the United States Constitution as a living document in their lives. The four possible discussion topics include the relationship of the federal government and the states, individual freedoms and the Bill of Rights, equal protection and due process under the law, and popular sovereignty (We the People!) and the separation of powers.
Posted by Minnesota Humanities Center at 9:00 AM No comments:

Email ThisBlogThis!Share to TwitterShare to FacebookShare to Pinterest
Labels: Toward a More Perfect Union

Gary Gilson - What do the humanities mean to you?

Gary Gilson, a career television journalist whose work earned five Emmy Awards in New York and Los Angeles, served as an infantry platoon commander in the Marine Corps just before the Vietnam war. A graduate of Dartmouth College and the Columbia University Graduate School of Journalism, he now conducts workshops in the craft of clear writing.

There's plenty of precedent for the recent scandal about unconscionable waiting times for medical treatment for Veterans of the Iraq and Afghanistan wars, and about the VA administrators falsifying appointment records.

In the midst of those two wars, my public-TV colleague Barbara Gordon and I wrote an essay about the sad and shameful record of America's historical treatment of its war veterans: On Supporting Our Troops.That essay offers an example of how our exposure to the humanities—literature, theater, journalism—empowered us to connect dots and develop insights.

We began with a quote from George Washington:


The willingness with which our young people are likely to serve in any war, no matter how justified, is directly proportional to how they perceive the veterans of earlier wars were treated and appreciated.

Except for the benefits Congress conferred on World War II Veterans—for example the G.I. Bill, which included financing for Veterans' college educations—Veterans have been treated shabbily. Vets made the sacrifices. Politicians who sent them to war did not.

Political leaders have often, for their own gain, masked this country's economic interests by persuading the public that our troops in the field are heroes defending American ideals: democracy, honor, and glory. Ernest Hemingway punctured that ploy in his novel A Farewell to Arms, writing about the disastrous Italian retreat from Caporetto in World War I:


I was always embarrassed by the words sacred, glorious, and sacrifice and the expression in vain... Abstract words such as glory, honor, courage, or hallow were obscene beside the concrete names of villages, the number of roads, the names of rivers, the number of regiments and the dates.

Both Barbara and I had read Hemingway's novels, and we had seen plays and read the work of great journalists. That exposure helped us to harness the humanities, enabled us to see through political rhetoric, and to understand the lives, aspirations, disappointments, and joys of all kinds of people.

What were our own aspirations as reporters and documentary filmmakers? To use our work to bring people together.

The humanities enlighten us about what we as human beings have in common. When we recognize those things, the ways we differ are less likely to cause us to hate and harm each other.

Email ThisBlogThis!Share to TwitterShare to FacebookShare to Pinterest
Labels: Veterans

Eleanor Coleman - What do the humanities mean to you?

What do the humanities mean to me? This question is one that has had different meanings at different junctures of my life. As a language arts major in my early years, I thought of the humanities as a set of course work that helped to explain history through the study of art, music, literature, drama, social sciences, etc. While fascinating to experience and teach for me personally, as a young teacher, I often found it difficult to transfer that passion to my students. I remember one student asking me, “Why do I need to study about these old dead white people?” This brought about a shift for me in my own thinking because I had to seriously ask myself, “Why indeed?” What that student taught me was that history should be taught as an ongoing investigation and conversation rather than a dry compilation of facts and dates, or a set of questions easily answered on a test. An inquiry – a genuine humanities approach – would allow students to extract meaning from the past and explore the connection between their personal experience and the author’s own assumptions, perceptions, and values.

Today, my understanding of the humanities is not just about academic subjects but human rights involving feelings, values, and opinions, which must be given at least equal importance if transformative learning is to take place. Educators of the humanities need the courage to resist the safe, purely cognitive approach, and honor and engage in a respectful dialogue and acceptance of the lived experiences of themselves and others.

Anchored in four core values acknowledging the power of story, authentic relationships, and the power of the community to resolve its own issues, the important and impactful work of the Minnesota Humanities Center’s Education Initiative with Omaha Public Schools is providing the opportunity for educators to fully explore and accept the responsibility of honest, critical self-examination, not denying that she or he is susceptible to the social construct of race and its biases, but striving to recognize them and thus to change them.
Posted by Minnesota Humanities Center at 9:00 AM No comments:

David O'Fallon - What do the humanities mean to you? 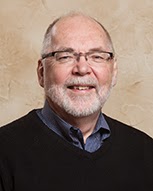 David O’Fallon, PhD, is the President and CEO of the Minnesota Humanities Center.

The "humanities" are forms of knowledge and ways of understanding that give us both the resources and the tools to imagine and create a future that can hold us all. Given the power of technology and the fact that we are 7 billion people and growing, we have a new responsibility and a new capacity to make a future that includes all of us. A future that is humane and sustainable. A future that values each person and knows and articulates how deeply connected we are.

To live into this responsibility and realize the capacity without the humanities is dangerous if not impossible. It is the difference between Sparta and Athens. The humanities include the knowledge and wisdom of all the peoples that have asked and lived the questions that still live with us – the fundamental questions of what kind of world will we create? What is a meaningful life?  What relationships are best for the individual, the society, and the increasingly global community?

You are invited to actively engage these questions – to draw upon philosophy, ethics, literature, history, the arts, and the wisdom of many cultures.  Of course, there is no single right answer to these questions. However, the humanities allow us to learn and come to new understandings of ourselves and our world.

We now realize how interconnected and interdependent we all are. We now know that water, which once seemed inexhaustible, is a resource more fragile than we previously believed. That the rapid climate change underway affects us all. We feel the public’s concern over the achievement gap in Minnesota schools and elsewhere. We are discouraged and upset by government gridlock and a coarse public discourse.

Why is that? What shall we do?

We see that these are not just technical, scientific, or management problems. They are human problems. They stem from values and beliefs that must be examined.

Where do we turn? We turn to the humanities. Join us. Join in the search for what holds us together and strengthens our common humanity, rather than that which divides and separates us. This is not to create a bland mush – to wipe out the many varieties of human knowledge, perception, and experience. Instead, we learn that we thrive on variety, connection, and relationships. No single point of view or narrative can hold us all. The humanities invite us into the creative work of knowing each other in new ways—eyes, heart, and head all open.
Posted by Minnesota Humanities Center at 9:00 AM No comments: